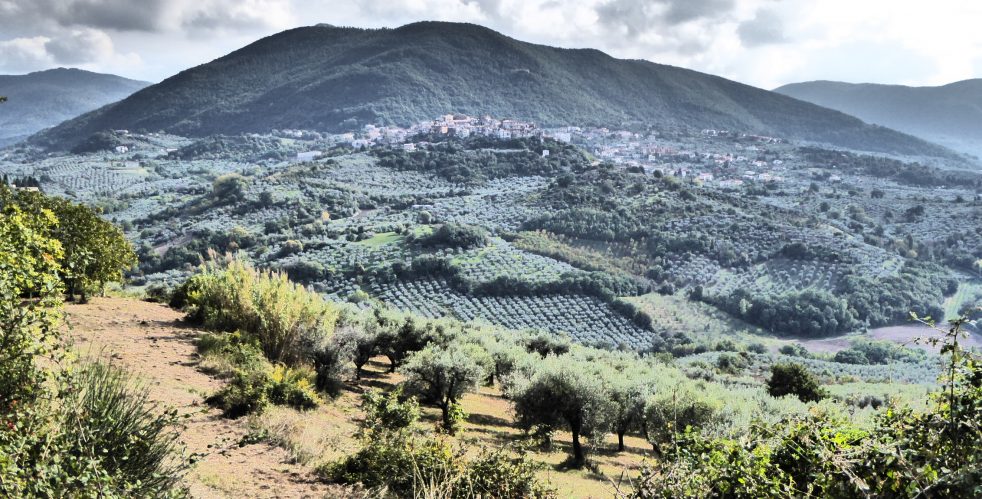 Honestly, when planning this trip, more than anything, I wanted to spend a good chunk of time on the beach: swimming and sunbathing. The first portion of the “lazy beach life” – Las Coloradas – was more than satisfactory. For concluding days in Yucatan, I have chosen another coastal town called Chuburna. Similarly to Las Coloradas, Chuburna has white sand beaches and good conditions for swimming (no dangerous currents, etc.). Also – like Las Coloradas – Chuburna is situated on a very narrow peninsula facing Gulf of Mexico on one side and lagoon (formed by the river estuary) on the other. Yet, it is more developed than Las Coloradas, because of its proximity to Chelem and Progresso – two towns which are very popular with expats living there (especially, Canadians) and numerous Mexican tourists. Hence, when you go to the beaches in Chuburna, you will almost inevitably see either other people

Or some sort of beach-front houses.

Speaking of these (relatively recently built) seafront homes, some of them were quite interesting. Look at this one (the picture is taken from the opposite to the beach side): it looks almost like a small fortress (or bunker) with solid metal fences, massive walls and no windows. I wonder who live there?

I was very happy with my accommodations. Through AirBnB, I found this cheerful pink cottage surrounded by lush tropical vegetation. It had a sense of peaceful seclusion and yet it was only 4-5 min. of walk to the beach. And for $20 a day, it was a real steel. Further, when booking it, I did not realize how lucky I was with my hostess, Martha. I will say a few words about her later.

Unlike more touristy Chelem and Progresso, Chuburna has very limited selection of shops and places to eat. But one restaurant definitely stands out in both variety of seafood-based dishes and their quality. It is called Christo Ray and is run by an extended family which includes both fishermen (hence, the reliable supply of high quality fish and other seafoods) and people who actually manage the restaurant.

Speaking of seafood, Chuburna (and neighboring towns) is one of the best areas in Mexico for getting fresh pulpo (octopus) which is my favorite. Not surprisingly, while in Chuburna, I ordered almost every night some octopus-based dish. And they all were inevitably good.

There was one interesting meeting in Chuburna. One day, walking on the beach, I found this huge off-road yellow truck.

Somewhat surprisingly, it had French license plates. So, I approached and began conversation. Long story short, a French family was traveling in this truck from Canada (they brought the truck there by boat from Belgium), through the North, Central and South America. The estimated duration of the entire journey was two years. Here is their website with description of all adventures.

After three nights in Chuburna, I was laying peacefully on the beach preparing mentally to leave, because my return flight to US was scheduled for the next day.

And then I got SMS from Volaris (the air-company) informing that my flight was “modified,” but not telling how exactly “modified.” SMS provided both US and Mexican phone numbers to call and obtain all details of the changes. Neither of numbers – when I tried to call – were working numbers. Through Google, I found correct numbers (did Volaris sent wrong numbers on purpose) and yet it has taken about one hour to get an agent on the phone. She explained that my flight has been canceled and changed for one day later. I complained, but was I really unhappy? Not at all: I was glad to extend vacations for one more day. And yet, the day come to say Good Bye to Chuburna, my pink cottage and my wonderful host, Martha.

Being originally from the capital, Mexico city, Martha lived in different places in Mexico, had a very colorful life and worked in different occupations: aerobics trainer, massage therapist, owner of high-end spa, and much more. Being essentially retired and living in Chuburna, she never “stops:” she is trusted home sitter for wealthy expats and desirable private massage therapist. Needless to say that I used (and enjoyed) her massages. And we also shared couple of dinners sharing our life and travel experiences. Thank you, Martha, for my time in Chuburna!

Last word and advice for Americans returning home from Mexico to the USA and Canada. Both countries require presently a negative COVID test before permitting to board the plane. Don’t worry about it. Both international airports in Yucatan (Cancun and Merida) offer this service. It takes only 30 min. to get results and it cost only about $32. Granted, when heading to airport I was a little nervous, but…it looks that I am good to go home.

I liked Yucatan and I will be back.

I am sociologist by occupation (Google me), "perpetual traveler" by nature, and firm believer that life is good. Let's go! View all posts by Alexei Krindatch

One thought on “Last Days in Yucatan: Chuburna.”